I'm trying to feed the HR jack on my PM3. I have a Rasperry Pi with an ANT+ stick, and I've been looking through data sheets for the various Polar receiver modules I've found. Spark fun's old module output a 6ms pulse on non-coded modules. I've been trying to feed pulses from the Pi's audio out jack, as even the 6ms pulse is within audio range, but nothing has worked so far.

Does anyone know what the PM3 HR jack is actually looking for? Or can I tell that it's working without an actual Polar receiver?
Top

How old is the PM3 ? The early ones have a leaking memory cap directly above the logic chip for the Heartrate input. Many of them will no longer work anyway even with the correct receiver. 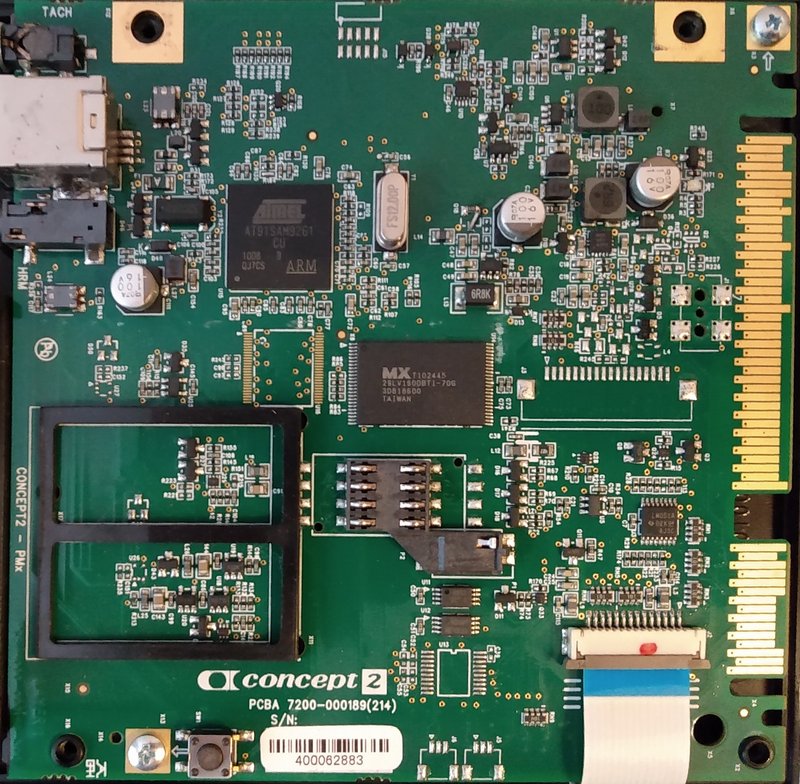 I do plan to move to a PM5 in a couple months. But I was hoping the HRM was looking for something dirt simple that a Pi could feed it via the audio jack. I'll spend a couple evenings getting that to work. Especially if it lets me delay the PM5 for a couple more months
Top

Original PM3 has a bit of logic there so it presumably must be a pulse stream of some kind but I don't know how complex it is, never bothered to look at it on my scope. 95% of people never used a HR monitor back in the day, that chip got in a mess so usually I pulled it off the board to make way for a better supercap that needed more space.
Carl Watts.
Age:54 Weight: 108kg Height:183cm
Concept 2 Monitor Service Technician & indoor rower.
http://log.concept2.com/profile/863525/log
Top

There's definitely some handshake in there, at least detection of the device. I was sort of hoping due to the simplicity of the old Polar receivers I could just feed it pulses. Oh well..
Top

nates wrote: ↑
January 7th, 2022, 8:00 am
There's definitely some handshake in there, at least detection of the device. I was sort of hoping due to the simplicity of the old Polar receivers I could just feed it pulses. Oh well..

No thinking about it, its a comm's line. The receiver is doing all the smarts so its a 1 wire interface or something.

Never checked the waveform, it either works or it doesn't so just a bad socket, corrosion on the board has taken out a track that sort of thing. All I know it wasn't a great system with only a 6 foot range and you couldn't put rowing machines close together or the HR belts interfered with one another as there was no "Channel" allocation like ANT+.